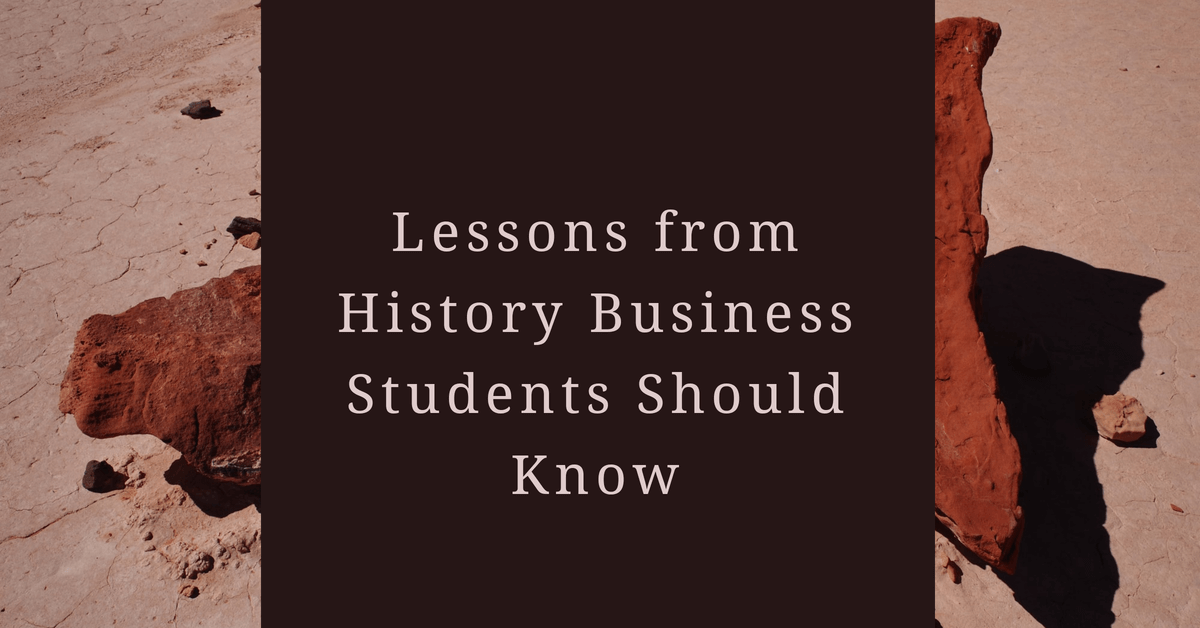 Those who do not learn from the past are doomed to repeat it, or so the saying goes. When it comes to business, learning from the mistakes of others and the lessons those experiences offer can be a powerful tool that you can use to find greater success more quickly. So what are some of the lessons from history that business students should know?

Learn to Fail Before You Succeed

Hardly anyone is an instant success. Most people have at least one experience with failure before they find success. Have you ever heard of Dyson? As in the vacuums? Did you know that he made over 5,000 prototypes of his vacuum before he was able to present something to retailers? When he finally had something to show for his work in Britain, he was turned down. That’s a lot of work, seemingly for nothing. It turned out not to be that way though. Dyson’s bagless vacuum was a huge hit in Japan and he’s enjoyed success since.

Japan wasn’t just the place where Dyson got his big break. It’s also the birthplace of Toyota. Toyota was the company where the concept of Kaizen came about. This concept has gone on to benefit the many businesses who have adopted it. It’s all about continuously improving various aspects of a business. Businesses experience many benefits when they focus on small, incremental improvements. In some instances these types of changes can have a greater, longer lasting impact than larger scale, more complicated improvements.

The business world is littered with examples of companies who failed to adapt and were unable to survive as a result. It’s also full of those who successfully adapted and made it through difficult times. The necessity of the ability to adapt to changing circumstances has been thrown into sharp relief most recently by the COVID-19 pandemic. Many restaurants have had to make adjustments so they could survive not being able to accommodate guests dining in. Those who weren’t able to adapt fast enough found themselves going under for good.

Learning from those who have gone before is important if you want to avoid making the same mistakes. That doesn’t mean you won’t make any. Learning to fail before you succeed, constantly striving to improve, and learning to adapt so you don’t die are just a few of the lessons you’ll need to learn. The hope is that by learning these lessons sooner rather than later you’ll make different mistakes and be in a better position to work through them.

Read this next: 5 Tips for Finding an Apartment in College