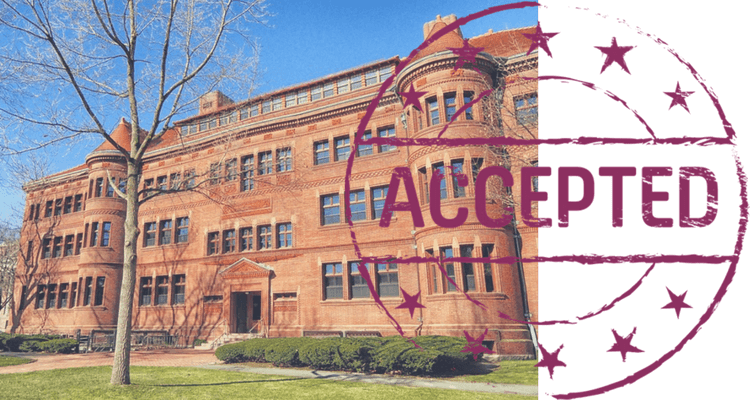 Tonika Morgan, a Canadian living in Toronto, was seeking donations to fund her education at Harvard in 2015. Her story began when she submitted her application to Harvard University in spite of the inner voices of doubt that haunted her not to. She faced the biggest challenges but managed to hit the “send” button. After a month she submitted her application, she got a phone call from Harvard telling her that she was accepted to attend Harvard University. Many people who doubted her now realize that nothing is impossible.

She has been homeless. She dropped out of high school, failed math and English repeatedly. But later she was encouraged to go back to school. And it took more years than the average for her to finish her university degree. The unusual academic path that She faced made her not eligible to get scholarships to finance her education at Harvard. But that didn’t make her give up. “There are no scholarships for people like me to attend Harvard University— probably because nobody ever expects people (formerly homeless with an unusual academic path/accomplished young professional, but too young to be considered mid-career) like me to attend a school like Harvard,” she explained on Gofundme.com1

The challenges didn’t stop there as she would need the fund of USD 71,000 to pay for tuition, including mandatory health insurance, other fixed student fees, and living expenses as an international student. She launched gofundme campaign in 2015 and managed to collect $95,491 at the end of the year. Her dream to attend Harvard University now become a reality. “I’m a high school drop-out with an unconventional academic path. So naturally, I’m interested in how people who don’t neatly fit into systems and institutions manage to thrive/survive in the world. So I’m doing a Masters of Education, with a focus on non-traditional/alternative education (i.e., arts education). With that type of specialization, I get to enroll in classes at the Harvard Business School, Harvard Law, and MIT,” she explained. 1

However, getting into Harvard is not as easy as people think but not as an impossible thing either. “[…] the only voices that affect your actions are the ones you give power to. So, rather than arguing with those voices, let [the] actions do that talking,” said Toni.1 Toni’s story is a living proof that nothing is impossible if you believe and do as best as you can to make your dream a reality.

Lessons:
Asking for advice is encouraged when you are in doubt which path you should take but don’t let anyone decide on your behalf. You are the one that should decide at the end. Don’t let others dictate how your life is going to be. No matter what people see and say because at the end it is you that will determine your life path, and you are the one who will walk on that road, not others.