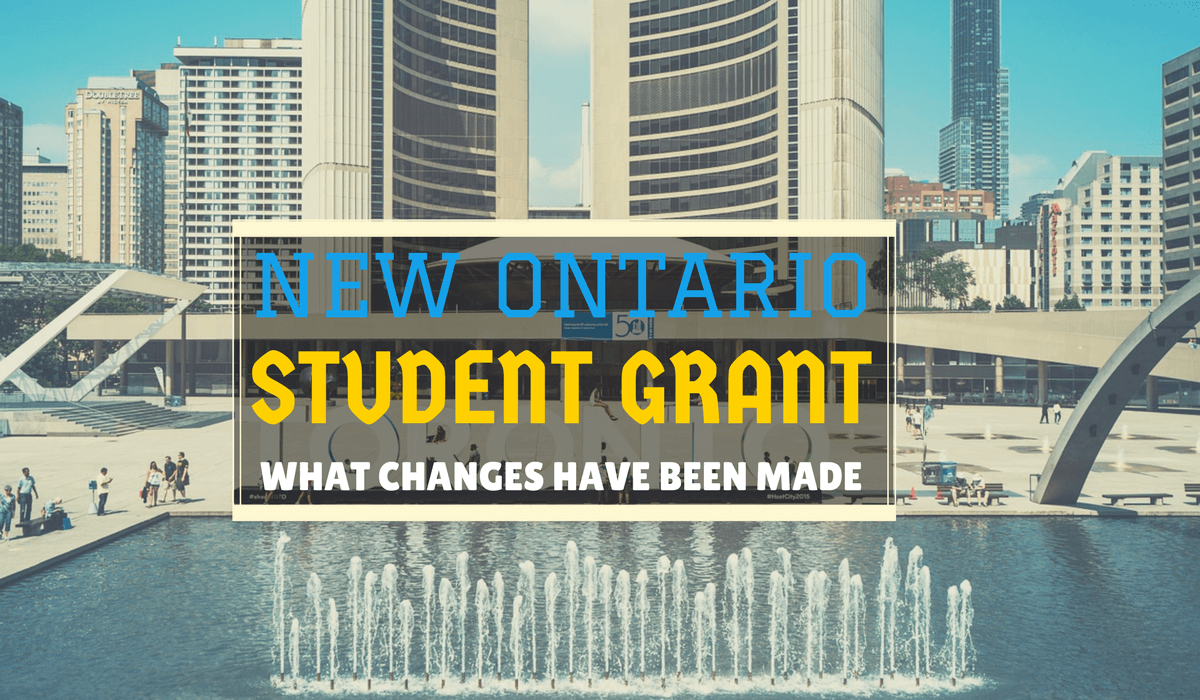 Ontario announced the New Ontario Student Grant starting in the 2017-18 school year. Students whose parents make a combined household income of less than $50,000 per year can have a tuition free. The grant is only applicable to full-time only.

OSAP is Ontario Student Assistance Program that provides financial aid to students and families to help them finance their college or university education.

What changes have been made?

Now students whose parents make a combined income of $83,000 per year or less can get grants from the government of Ontario. Also, the government is now providing additional financial support to full-time mature and married students that are grant approval isn’t tied to how long a student has been out of high school.

These changes have brought a considerable relief for mature students who are planning to go back to school to pursue a career. Students whose from middle and upper-income families now have more access to interest-free and low-cost loans through OSAP, and ensuring no eligible students receives less grant money under the Ontarian Student Grant than they previously would have under the 30% Off Tuition Grant. The government also caps the maximum OSAP debt level at $10,000 for an academic year. Parents and spouses’ contribution to the costs of college/university starting in the 2018-2019 school year is also being reduced.

Simplifying and modernizing the system

One of the reasons for these changes is that the Minister of Training, Colleges, and Universities, Reza Moridi aimed to simplify and modernize the system. “When I became minister two years ago - and I have four university degrees - I found it very difficult to navigate the system,” said Reza Moridi, Minister of Training, Colleges and Universities. 1 “We wanted to simplify it and modernize the system so that students and parents can understand it.” 1 However, some argue that there is not much different than the previous system used.

Many people question whether the government offers free education. According to Jonathan Shepherd, “Ontario’s government has massively underestimated the amount of tuition at $6,160; this is only the average for arts and science tuition. Average tuition, according to Statistics Canada, is $7,858 - a shortfall of more than $1,500.”2 Based on the statistic, the professional school will remain inaccessible to low-income students, he added.2

Find scholarship for college students on ThePensters and win $1000.