Interesting Things About the Bilingual Brain 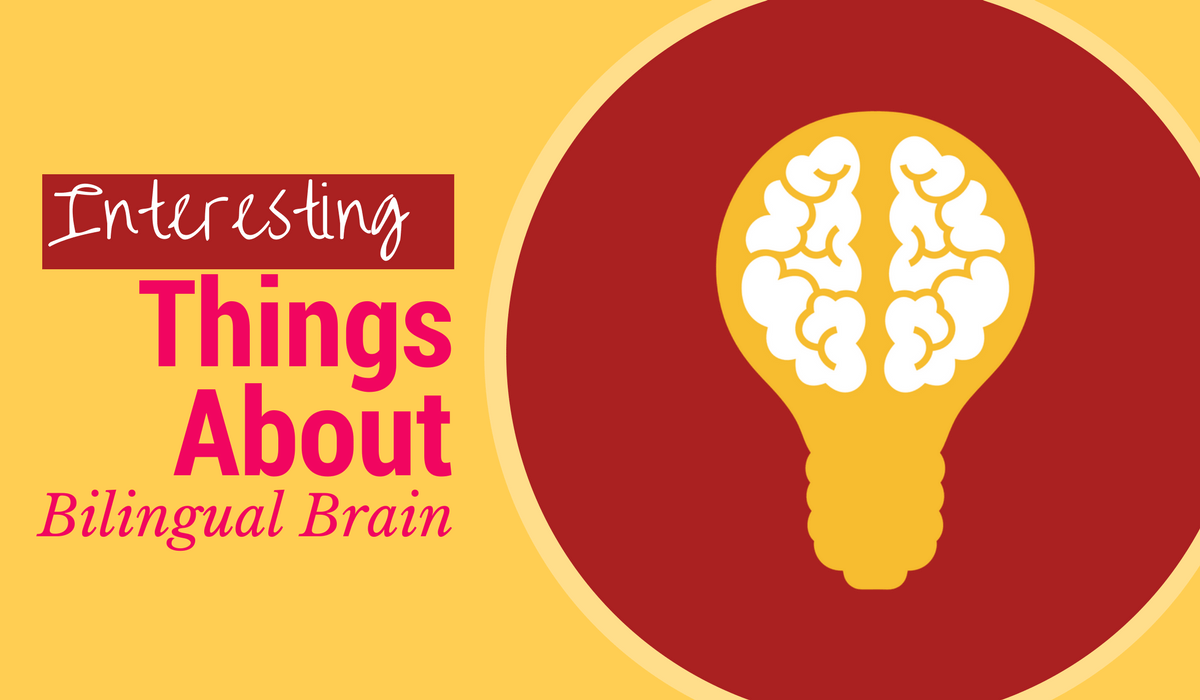 Bilingual or Multilingual - What’s Good About It?

Learning more than one language provides us with a lot of advantages. It often opens up new career opportunities in numerous countries around the world. Being able to speak more than one language gives us a better chance to compete with others in the workforce. Beyond career opportunities, being able to speak multiple languages can allow us to communicate with other people from a different backgrounds and cultures and experience a broader world.

Our brain works miraculously. Because of the complex way in which the brain works, it sometimes puzzles us. Our brain can be adapted to learn multiple languages. We can learn to switch between the two languages instantaneously, although we may experience the struggle shifting between the two as we adapt. Interestingly, people who are bilingual are shown to be less likely develop dementia.1 Psycholinguist Ellen Bialystok discovered that, “bilinguals showed symptoms of Alzheimer’s some four to five years after monolinguals with the same disease pathology”.1 In a recent study, bilinguals were found more likely to recover faster than monolinguals from brain injury. 1.

However, what happens if a person experiences an incident that affects the function in some part of the brain? Interestingly, our brain can preserve language even after experiencing some events that can lead to brain damage. We are somehow able to use the language, but which language the brain picks, between the first language and the second language, is unpredictable. Pitres claimed that the language that a patient uses at the time of a stroke would be the most resistant to damage than the earlier learned language.2 He found that “[the] patient was actually better able to speak the languages that he was speaking at the time of onset, than the one that he learned as a child.”2 Of course, this leaves a lot of questions to be answered.

First Language vs. Second Language - Which one is more resistant to damage?

It is still difficult to determine which language will be resistant to damage after an injury. Theodore Ribot, the father of neuropsychology in France, gave an example of a forester who spoke German his whole adult life who then began speaking Polish under anesthesia though he had not used Polish for more than 30 years.3 Another example was a patient who had a stroke in his fifties who was then able to alternate between his first and second languages in a certain number of days.3 It is interesting to consider how the brain determines which language will emerge. In some situations, it is the mother tongue that is more resistant to damage, but in another case, the second language is more resistant to damage.

Do you speak more than one language? If you do, how do you manage not to mix the two languages when you speak? Share your opinion about the bilingual brain by leaving your comment below!