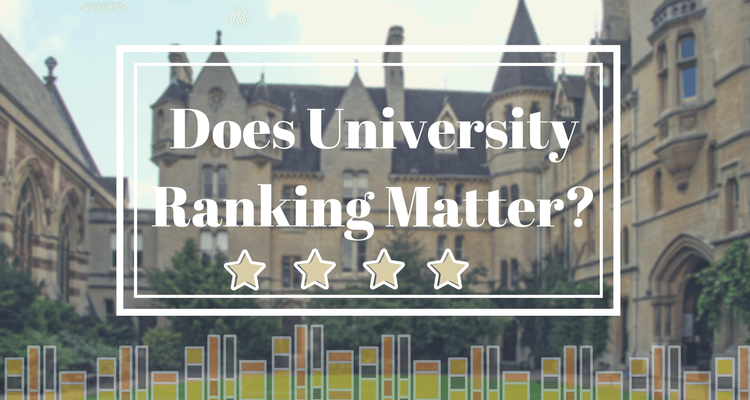 Does the University ranking really matter?

According to a survey conducted by Robert Half Technology, a leading provider of IT professionals, more than 270 interviews with CIOs from Canadian companies were asked, “when evaluating a candidate for an IT position, what value do you place on the prestige of their college or university?”2 The result shows that Fifty-one percent of respondents said that they value skills and experience more than whether or not a candidate attended college or university.

The truth about work experience

Senior Regional Manager of Robert Half Technology, Deborah Bottineau, said, “When recruiting top talent, IT employers prioritize a candidate’s ability to demonstrate the practical application of skills over education.”2 She explained “although a quality education establishes a foundation, applicants who have real-world IT experience are better able to transition into a role with less ramp-up time.”2 Students are advised to get involved in open source project and build up their portfolio, get involved in the community, and do an internship to gain work experience while they are still in college. It will come in handy after they graduate and get ready to find a job.

A myth about university rankings

The truth is that university rankings aren’t objective. Some flaws that were observed in a UNESCO study of rankings indicates that “they aren’t objective, it’s a myth that higher-ranked universities are better than lower-ranked ones and that people have become obsessed with the top 100 institutions when there are 15,000 universities in the world.” 3

Also, university rankings are not the necessary factors that influence the decision to attend university. Many Canadian parents and students often look more into the programs availability, location, tuition fees and other factors before choosing which university they would like to attend or send their kids to. Some students are willing to travel far to attend a university that offers a specific program of study.

According to Guardian reported in 2012 that “students were still choosing schools based on prestige over anything else between 1996 and 2010.”4 Many students also choose a university based on scholarship opportunities according to a report from Eschoolnews.com.4 And almost two-thirds saying that social media also influence students’ decision making as stated in The 2014 Social Admissions Report. 4

University rankings are still considered important in today’s world. But it is not the only factor that determines students’ success in their professional career. It is important that students weigh their options wisely when it comes to finding the best school that meet their needs.