What I Learned from My Freshman Year of College 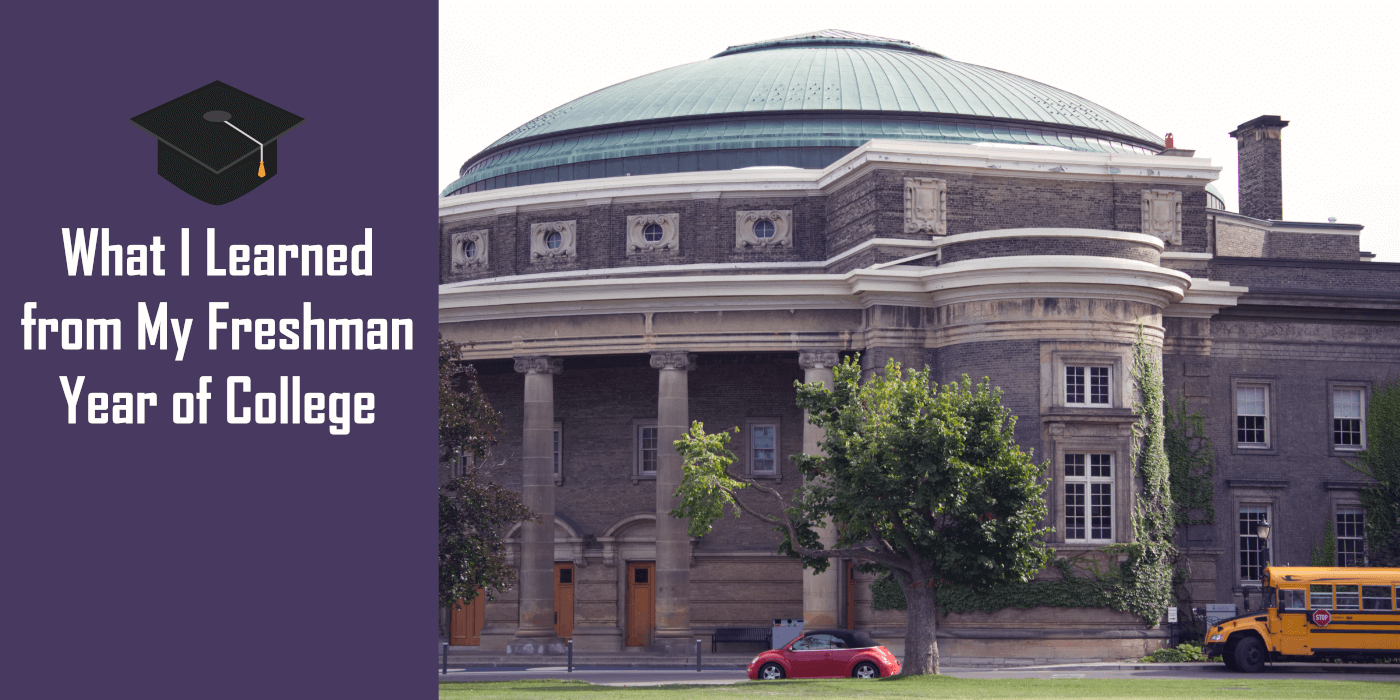 As they say, experience is one hell of a teacher. But hopefully, what follows will help you avoid this teacher on their bad days:

Every point (doesn’t) count. I remember hunting down extra credit as if I could unlock a hidden item with enough points accumulated. Professors would assign visits to museums and then a written report would wrap it up. Admittedly, these quests gave academia a certain quixotic flavor. However, if you are already doing alright in the class and a quick look at the upcoming assignments and lectures impress that you don’t need them, you probably don’t. Of course, you can still go to a museum for extra credit, but it’s not something to agonize over or even sacrifice important things over, usually. But if you HAVE to get every point possible to get that A or B, but you promised your dashing partner a date, kill two birds with one stone by looking at ancient documents and artifacts. Occasionally, you can pay your main squeeze some attention too by just nodding your head to whatever they’re saying as you decipher a replica of the Black Obelisk of Shalmaneser III.

First, if you can help it, avoid the bookstore. Seriously, that place will drain your wallet and self-satisfaction. Also, you might want to email your teacher to see if a previous edition of the textbook can be used instead. For a few paragraphs of new information, new editions charge ridiculously high prices. Trust me: you’ll save yourself hundreds if you decide to go with used or previous edition textbooks. Unless your pride doesn’t permit it, then by all means, engage at will.

This one is a no-brainer. Unless you are absolutely certain of the field you wish to pursue, knocking these out first will allow you to explore different areas until you decide what material you want to focus on. Taking a class in your intended major as you are still deciding whether to stick with it or not can give you a taste what your field is all about. Better to do this than to fill up an entire semester of History I, Global Civilization, and Post-World War II American Culture only to discover you loathe history half a year later.

Although in many programs you don’t need an internship for your degree, more often than not, they are a major plus when entering the workforce. Sadly, just having a degree won’t give you the leading edge one needs to secure a solid job prospect. Two major E’s to remember: education and experience. Internships give you the latter. And it’s never too early to start looking for one, even during your freshman year. Because if you search and miss to land one your first year, you’ll have three more shots, but if you postpone them for your senior year, you’re taking an unnecessary risk. Plus, some internships are also paid positions, which would look far better on your resume (and your bank account) than a random industrial summer job.

OK, so this advice is more from my colleagues who literally went out of their way to try to get me onto the playing field. Of course, I never listen to those idiots, so this is one of those “could’ve should’ve would’ve” things. As Hollywood gets right, college is full of single delicious potential partners. Dozens of people will share your major and interests. If you are interested in writing, why not scope out the English department (other than to check out its glorious book collection)? Relationships early on in your academic career might spice up and motivate your studies. On the other hand, they might lead to Shakespearean-level drama if they go sour. All this is subjective to the individual, but if you are looking for a potential mate (let’s say you are highly religious) and your school is a private Christian college, it might not be a bad idea to keep your eyes peeled. Besides, your eyes probably won’t do much complaining. As the Good Book says, “Blessed are your eyes because they see.”

Quickly, I learned that going to class was a measure of my dedication, rather than obligation. Unlike high school, where you can get thrown before a judge for truancy (like yours truly), there won’t be any legal repercussions if you decide to sleep in that day. Keep in mind, however, that most teachers have a maximum amount of missed days before an automatic F is issued. Thus, the key is to use those allowed missed days strategically. Maybe you have to study for a test but have a class right before. Screw it and get that last-minute studying in. Or if you are in a humorous mood, go for a walk outside of the classroom you should be in and see if they say anything.

You will have to exert at least a little effort to succeed. Gone are the days where you could save make-up work for the last week of the semester and expect to get a decent grade. (Unless, you’re a liberal arts major, just kidding.) Those 2 page assignments that took a near herculean effort to get started bloat into 10 pages just a few months after graduation. Getting them done early and quickly is the key to avoid (or at least reduce) panic attacks later on.

Introverted extrovert. When I’m not pounding my keyboard in a manic daze, I enjoy walks, biking, museums, swimming, and general mischief.

Also, in case you ever had a profound longing for terrible advice on how to succeed academically, check out my site! http://beststudentever.com/